A curve or geometric figure, each part of which has the same statistical character as the whole. Fractals are useful in modeling structures (such as eroded coastlines or snowflakes) in which similar patterns recur at progressively smaller scales, and in describing partly random or chaotic phenomena such as crystal growth, fluid turbulence, and galaxy formation.

This collection was born from my love of detail and intricacy. I wove hair through metal mesh to create patterns that emulate randomness, but are extremely calculated. This collection earned my nomination in the North American Hairstyling Awards (NAHA) for both Newcomer and Avant Garde categories. 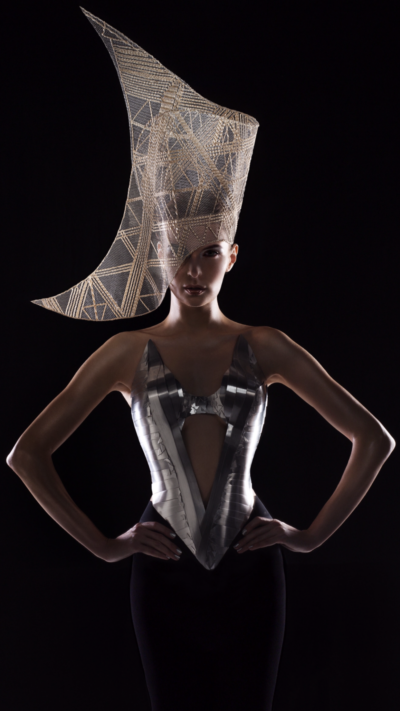 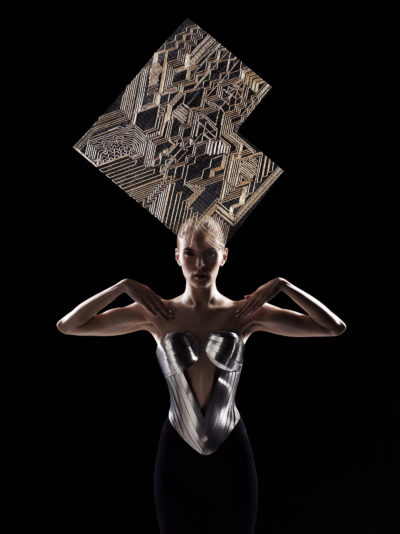 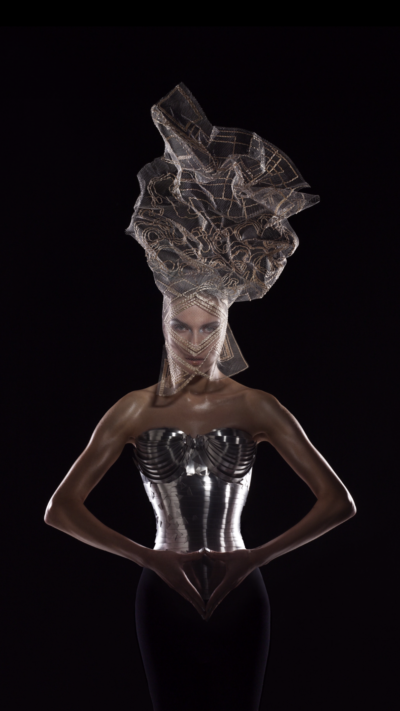 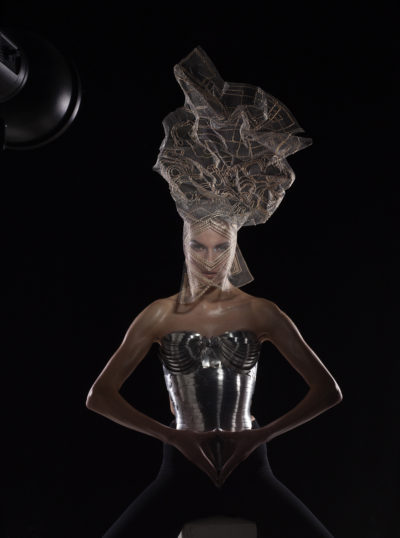